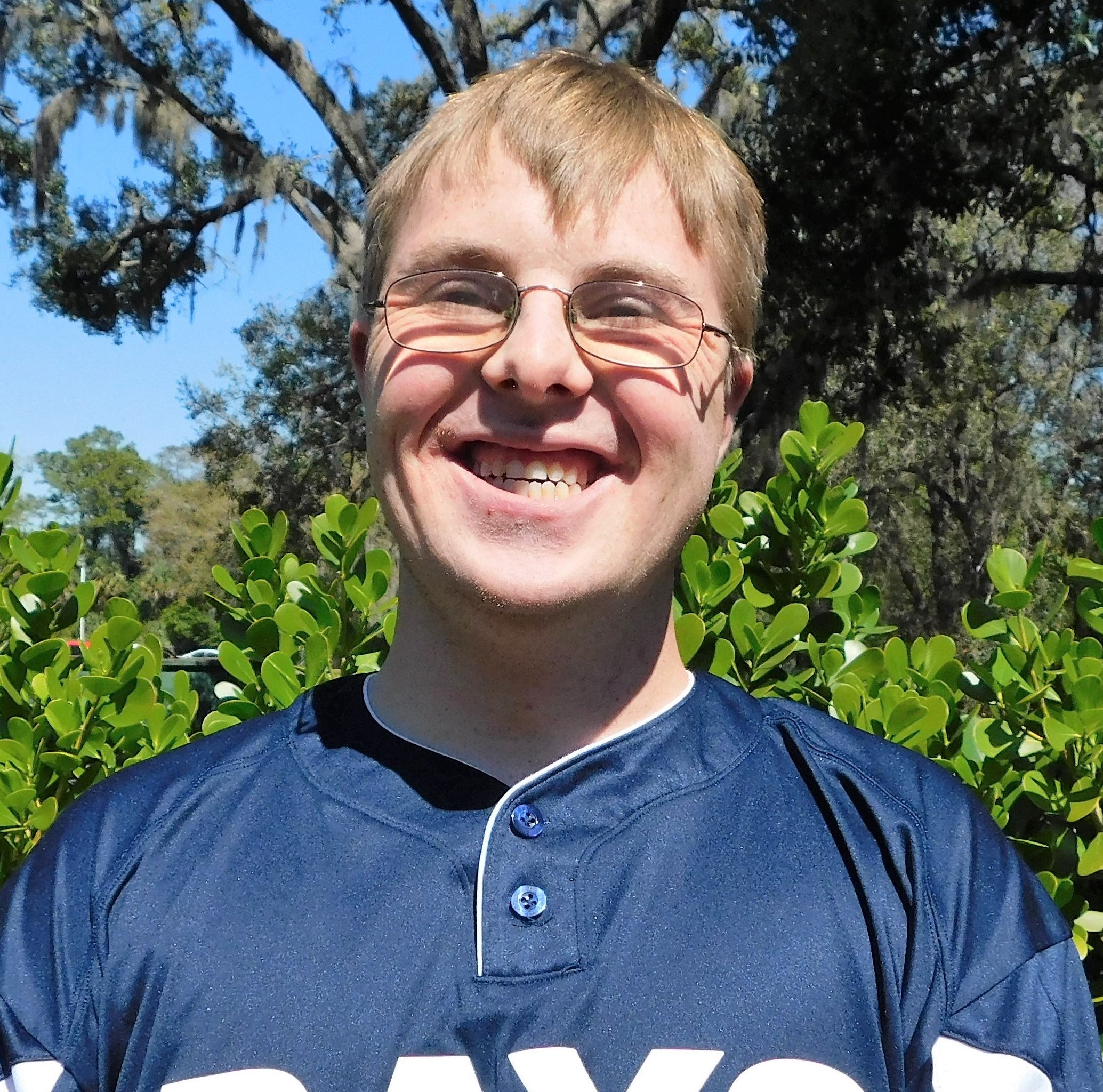 Resident Jake, an avid sports fan, smiles big with his jersey on.

Jake has been a resident of the Protected Harbor II home since 2018. Since he moved in, he has been loving his additional independence. In the last 2 years, Jake has become more communicative with others outside of his immediate family, experienced shared responsibilities of a home, and established an independent discipline of a routine.

Jake is always trying to make people laugh. Not a dinner goes by where Jake doesn’t get at least one chuckle out of his housemates. He loves adventures and the beach, attending church groups, and playing basketball.

Residents and staff members would describe him as the busy type. He is interested in many things and is always up for anything. Often times, you can find Jake rooting for his favorite sports teams, the New England Patriots and Boston Celtics.

Jake enjoys staying active by running on Protected Harbor’s treadmill, playing tennis and soccer, dancing, and boxing. His favorite hobbies include creating art and researching various topics. Lately, he has been most interested in learning about colleges and universities throughout the United States. 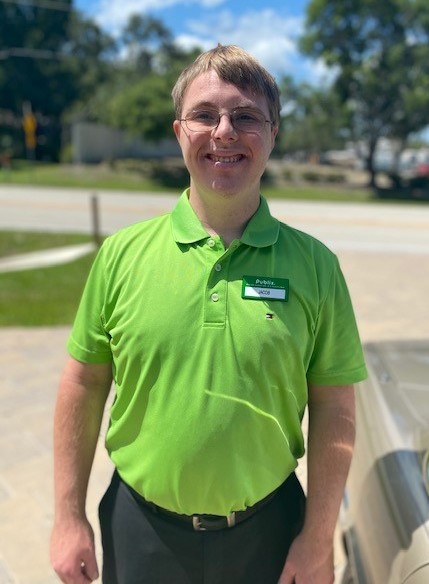 Jake stands in his Publix uniform after attending orientation.

Before COVID-19, Jake worked at his family’s commercial cleaning business twice a week, but he has always had a goal to work at Publix. With the help of Protected Harbor’s support staff and Adult Day Training (ADT) classes, Jake went to his interview prepared. He was offered a position, and the staff worked with his Waiver Support Coordinator and Job Coach to help Jake be successful.

Shortly after attending his orientation, the state went into quarantine and Publix made the decision to postpone his employment. Jake now looks forward to beginning his dream job once things return to normal. We are very proud of Jake and pray that he will soon be seen at his local Publix serving the public, gaining new skills, and building new friendships.