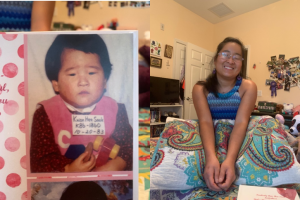 This month we are highlighting Kimber. When asked where she was born she replied, “Well technically I wasn’t born in the United States. I was born in South Korea. I moved here when I was two years old.  Kimber was adopted when she was two by a couple that raised her to be the strong independent woman that she is today. Kimber said, “Without my parents, I would not be the woman that I am today.”

Here are some interesting facts about Kimber’s home country:

Because Kimber moved to the United States when she was so young, she does not have a recollection as to what South Korea was like. Although Kimber does not necessarily remember the details of her life there, she is very proud of her Korean heritage. She even has a large Korean flag hanging in her bedroom. She also recently took a DNA test to learn more about her heritage and the results showed that she was 97% Korean/Chinese and 3% Japanese.

Please join us in praying for Kimber’s continued success with Protected Harbor.

Which resident will we learn more about next month? Stay tuned!